T-34-85
Final modification of the T-34 tank of 1943. A new three-man gun turret allowed a more powerful 85-mm gun to be mounted. This greatly increased the combat effectiveness of the tank compared to its predecessor, the T-34-76. A total of more than 35,000, in several variants, were produced. Today the tank is still in service in several countries. 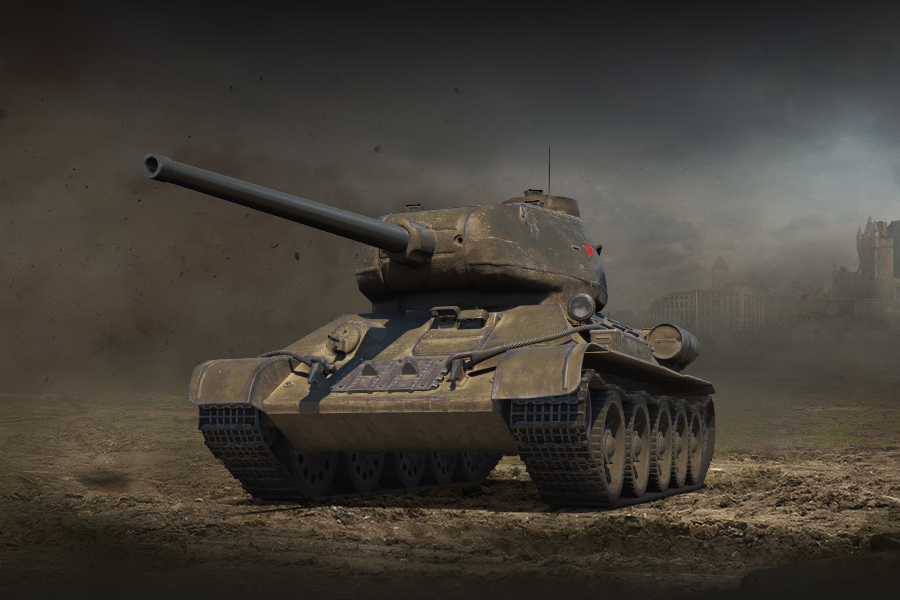