SU-85
Developed on the basis of the T-34 medium tank and the SU-122 assault gun. Produced from August 1943 through July 1944. The 85-mm D-5S gun allowed the SU-85 to effectively hit enemy medium tanks at distances of more than 1,000 meters and to penetrate the front armor of heavy tanks at shorter distances. 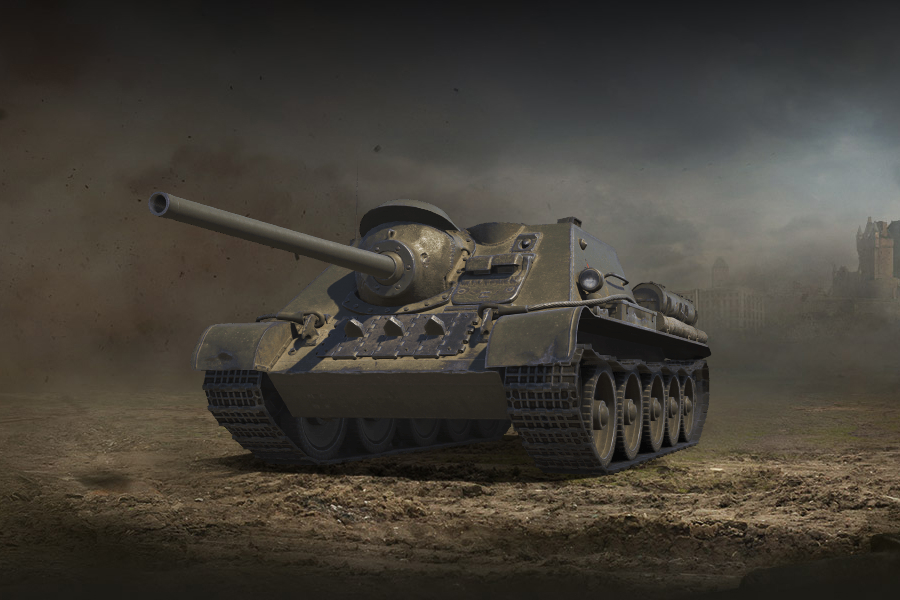